The 2019 GCS International Convention took place in a great success on September 21, 2019 at Chosun University in Gwangju, Korea

The Gwangju 2019 GCS International Convention, which was held to celebrate the 40th anniversary of the founding of the GCS International and the 38th U.N. International Day of Peace, attracted about 2,000 people, including about 1,100 members of the newly launched GCS Global Peace Corps, from 18 countries.

Founded in 1979, GCS International is a Seoul-based U.N.-affiliated non-governmental organization (NGO) headed by Dr. Chungwon Choue, who also serves as president of World Taekwondo. With three major spirits of goodwill, cooperation and service, it strives to achieve the three by promoting healthy society, better living, preservation of the nature, restoration of human dignity and promotion of world peace. With a global membership of 44 national chapters, GCS International was founded by the late Dr. Young Seek Choue, who proposed the International Day of Peace and the International Year of Peace to the United Nations in 1981 and was unanimously approved by the U.N. General Assembly that year. In 2016, GCS International signed a memorandum of understanding with World Taekwondo, the Taekwondo Humanitarian Foundation to help empower the powerless in developing countries.

Shortly after the seminar, about 1,100 members of the GCS Global Peace Corps made a taekwondo performance for about 15 minutes at the school playground, drawing a big applause from the participants in the convention. The mass taekwondo performance was supposed to take place shortly after the inauguration of the GCS Global Peace Corps in the afternoon. Bur rain forced to change the time.

At 1:30 p.m. the annual 2019 GCS International Convention started with the GCS Bell ringing by Dr. Choue reciting “G – C –S the Global Common Society.” He also made a welcoming speech, followed by congratulatory messages by Chosun University Acting President Hong, Dr. Lu Dezhi, Dr. Shim Ho-Myung, and a video congratulatory message by Mr. Michel Idiaquez, former Honduran ambassador to Korea. Dr. Pornchai Mongkhonvanit of Thailand read the vision statement of the 2019 GCS International Convention, followed by GCS activities reports by national chapters. Next was the felicitation session in which plaques and letters of appointment and appreciation were awarded to dozens of GCS members and Chosun University people.

The inauguration ceremony was followed by The 2019 GCS Peace Concert took place at the Haeoreum Center for one hour from 4:45p.m., in which a 35-member Korea Saxophone Harmony orchestra played famous classic and pop songs, followed by a 20-minute classic song performance by Soprano Kim Jee-Hyun and Tenor Lee Jeong-Won. Soprano Kim and Tenor Lee were appointed as GCS “Peace Ambassadors.”

The concert was followed by a 30-minute taekwondo musical by members of the Chosun University Taekwondo Demonstration Team.

He continued to say, “I wish not only taekwondo, but also all sports to join the GCS Global Peace Corps, which would ultimately help promote world peace.” “The year 2019 will be a turning point for the 40-year GCS Movement and we all have to join hands to chart another 40-year GCS Movement. In 2021, we will celebrate the 100th anniversary of the birth of the GCS founder and the 40th anniversary of the U.N. International Day of Peace. I ask for your continued service and dedication to the promotion of the GCS Movement around the world.” 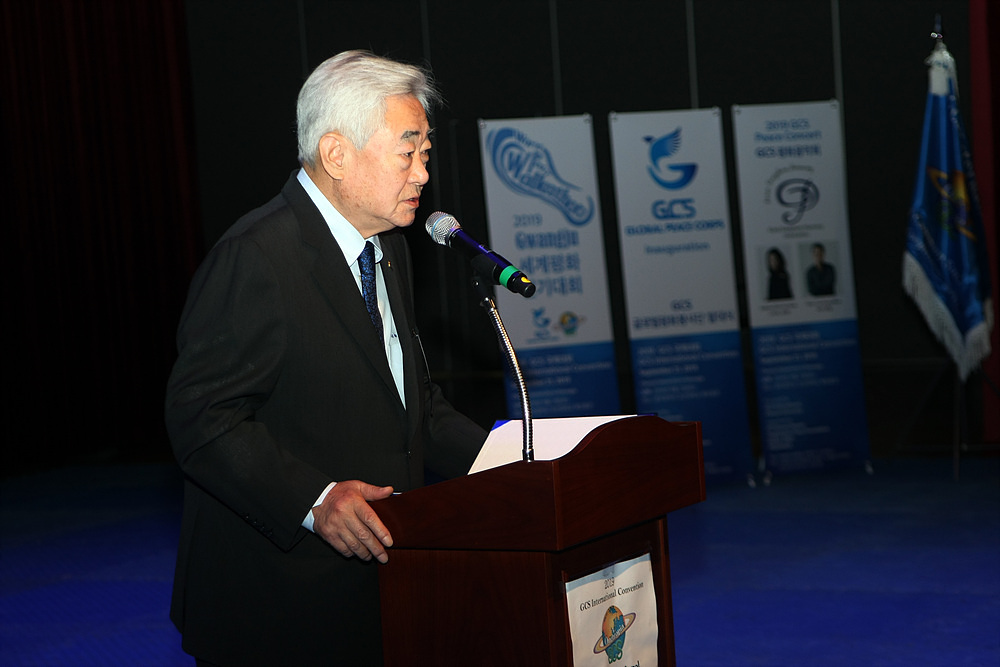 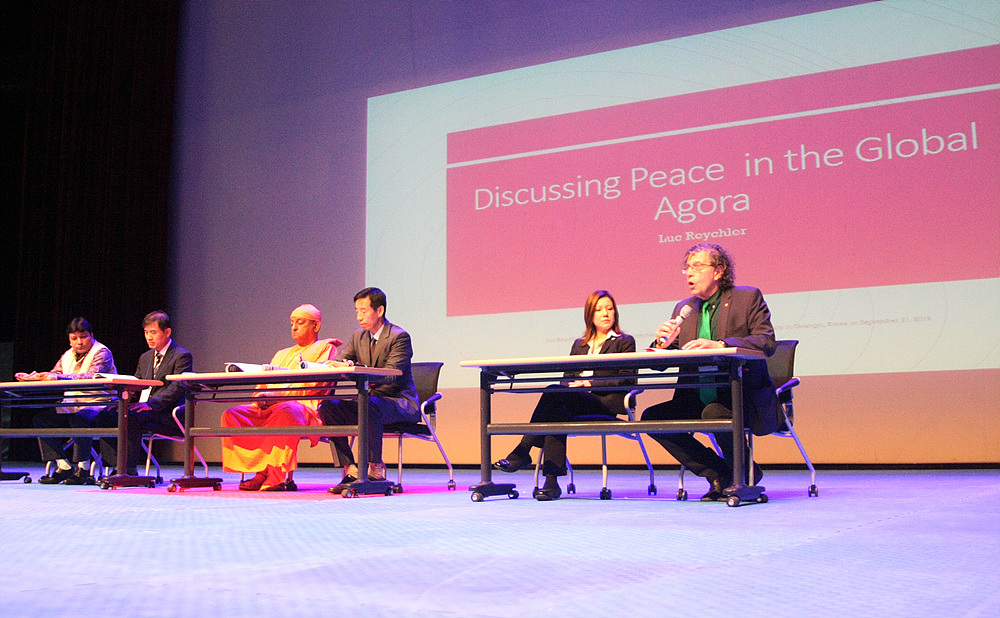 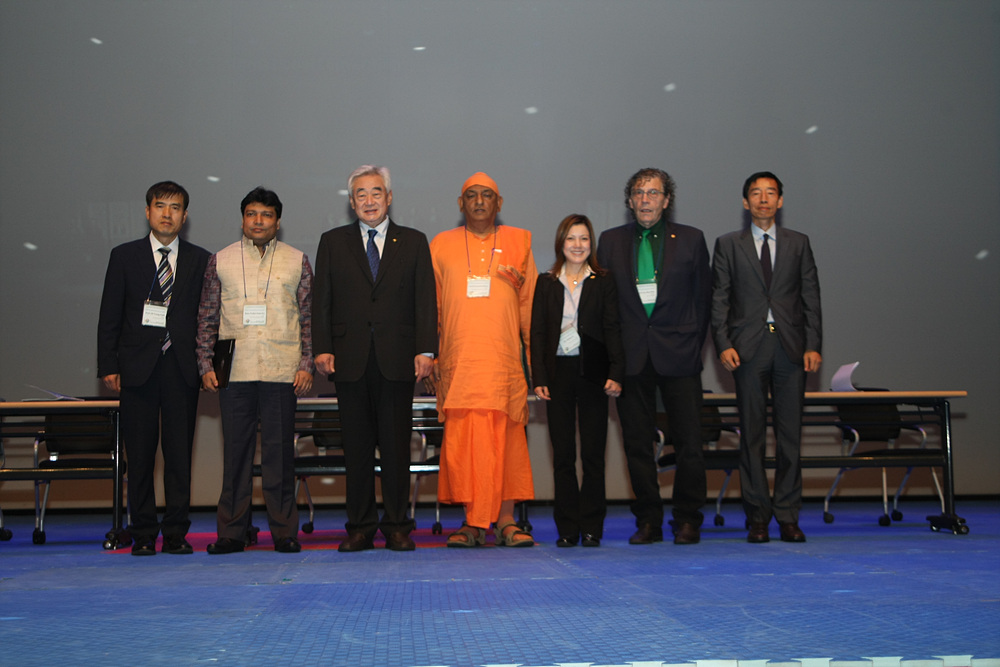 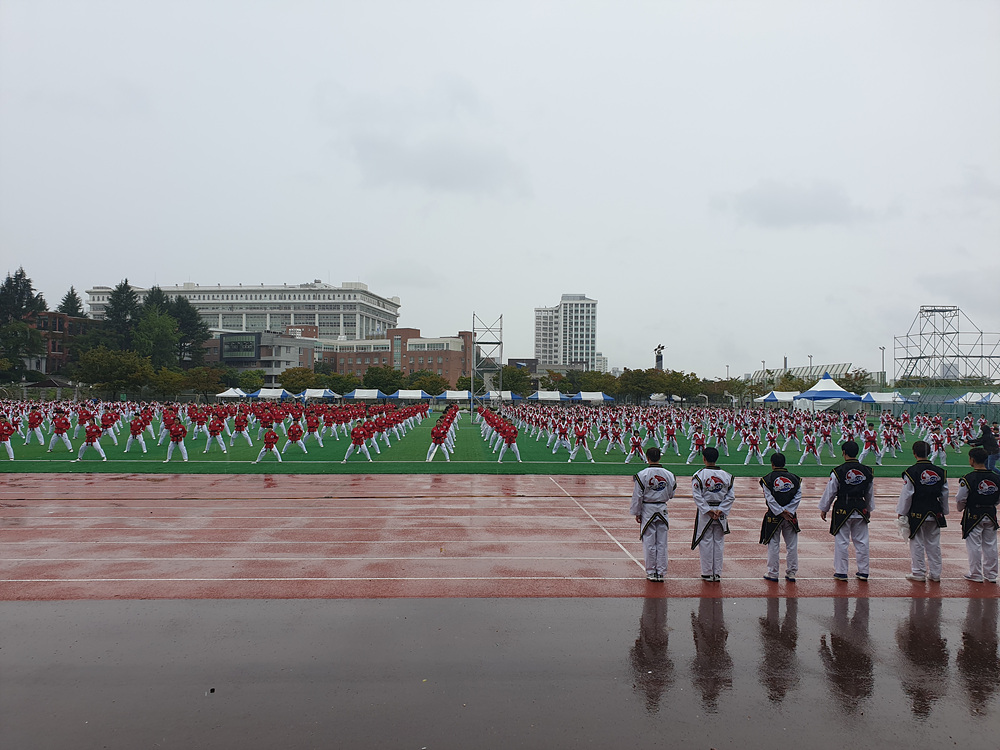 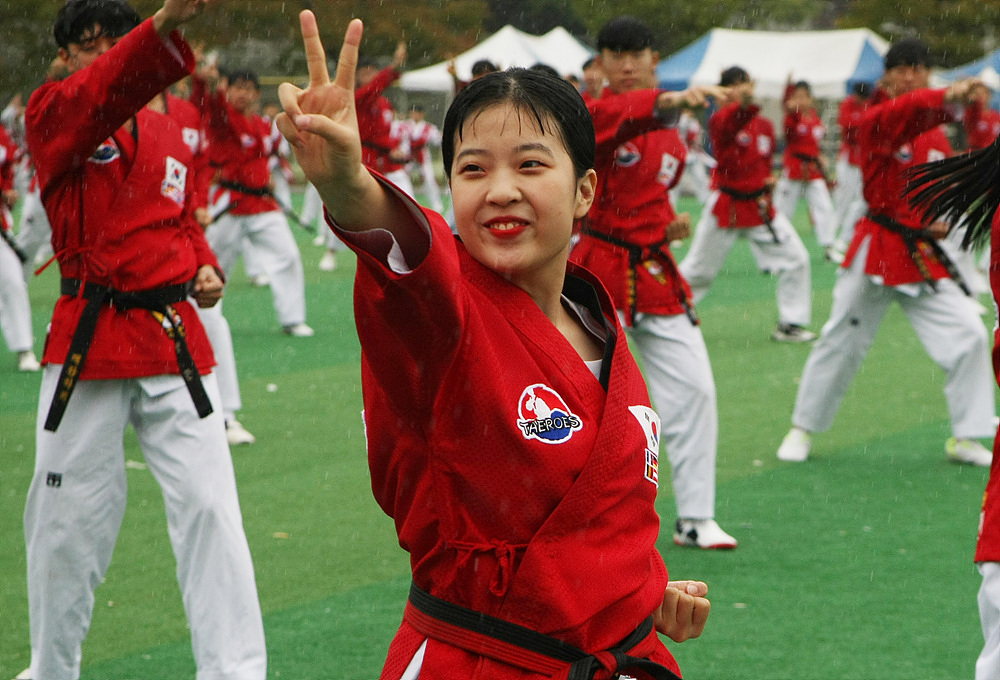 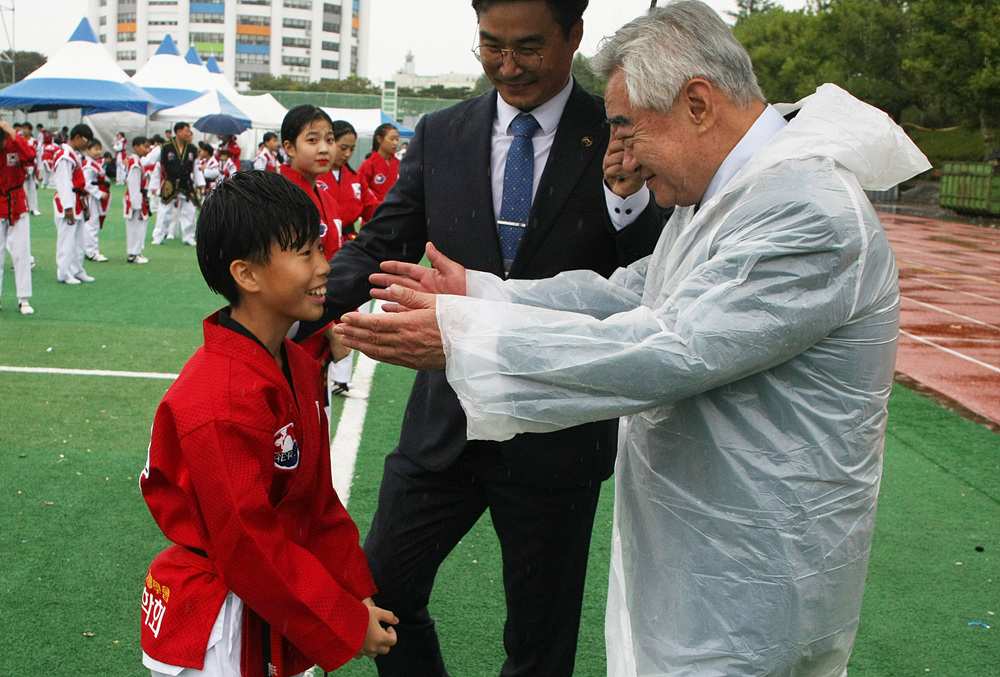 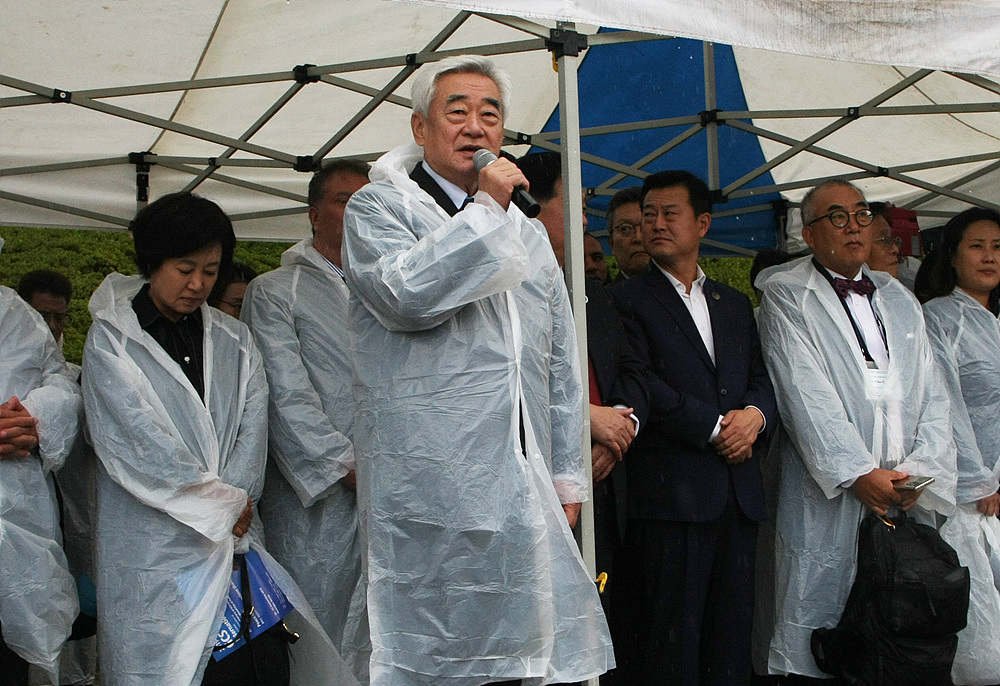 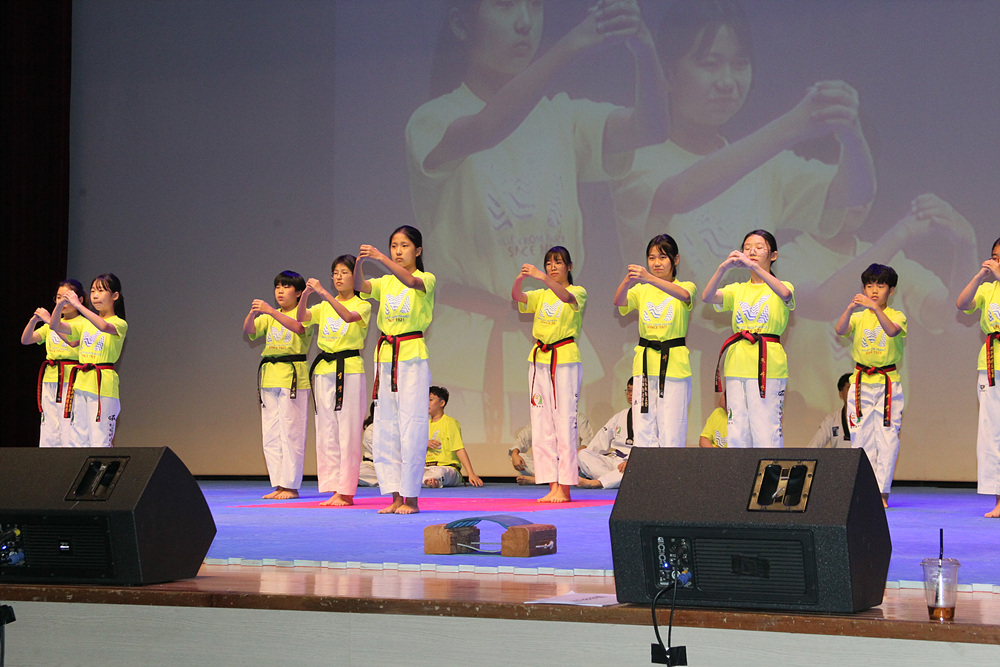 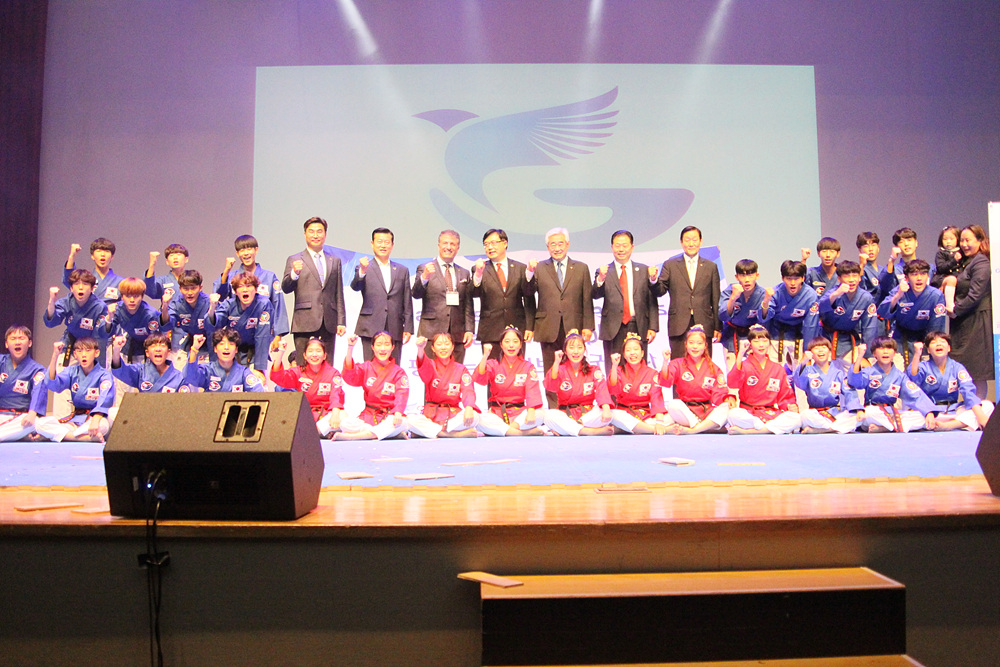 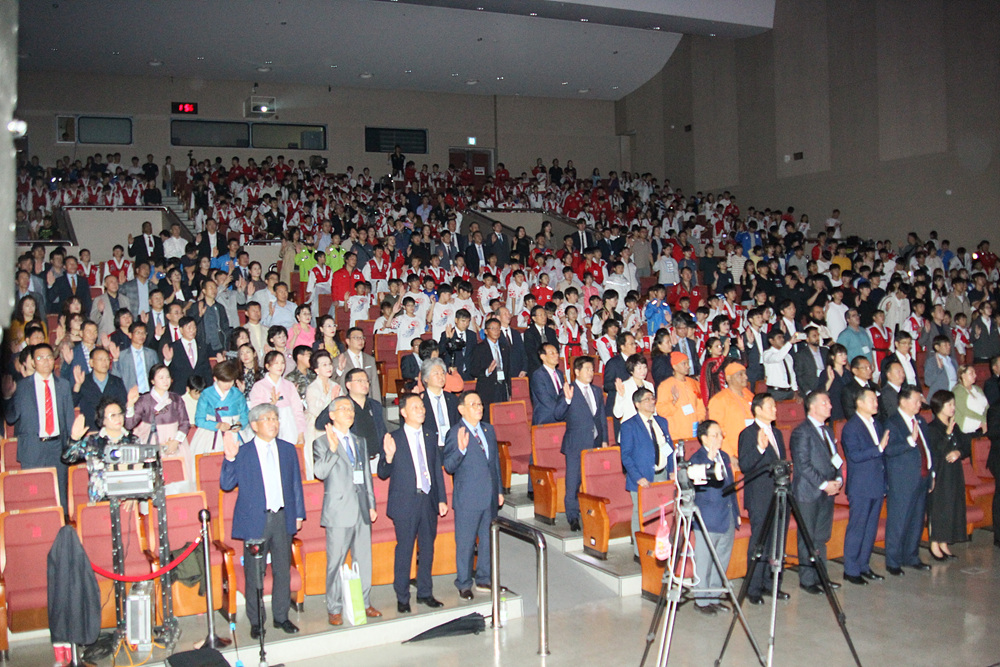 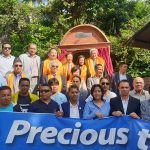 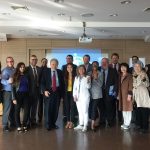