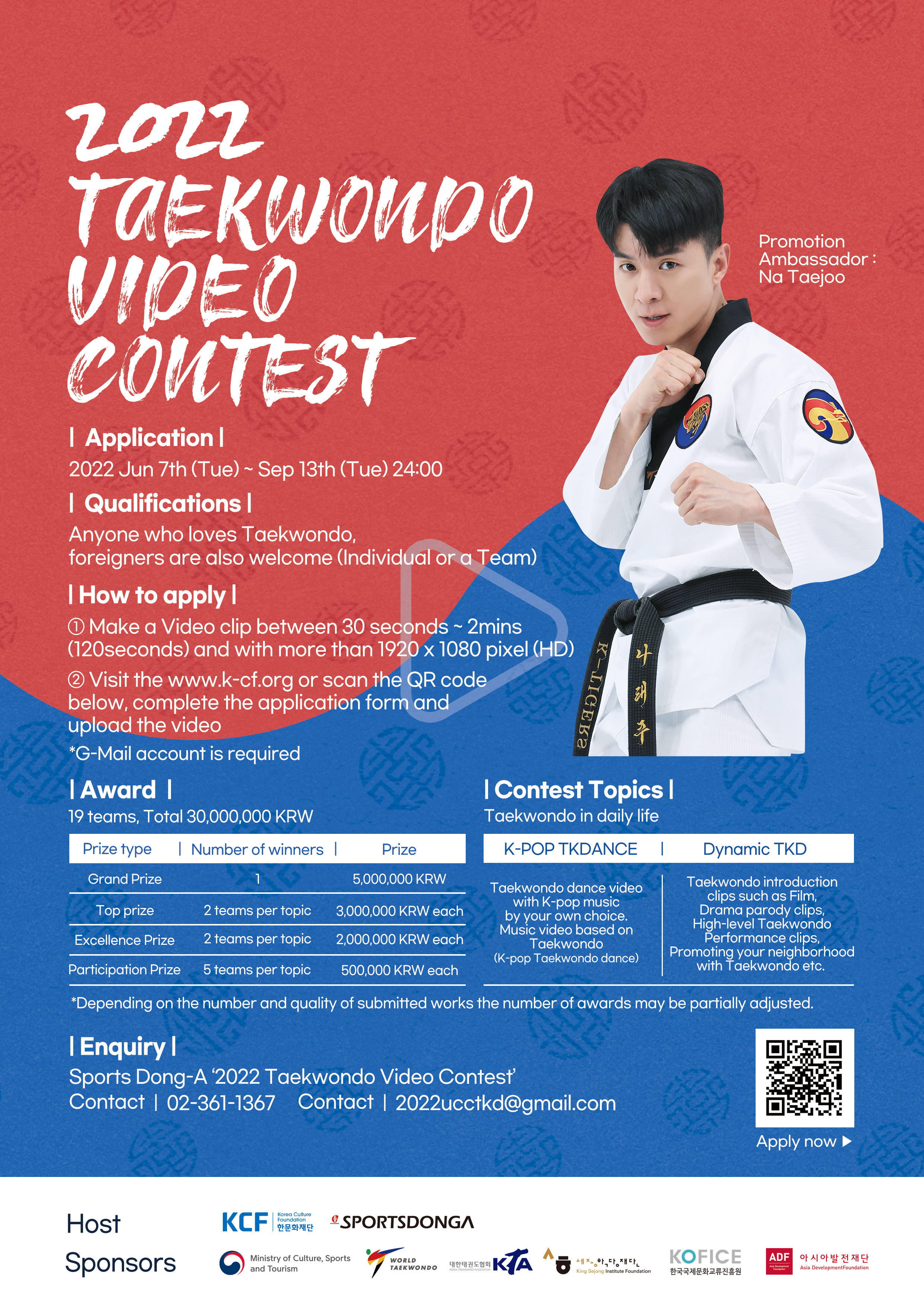 Under the theme “Taekwondo in Daily Life,” the 2022 Taekwondo Video Contest, which kicked off on June 7, 2022, will continue until September 13.

The 2022 Taekwondo Video Contest, the second of its kind after the 2021 Taekwondo UCC Contest, is open to anyone who loves taekwondo at home and abroad.
The annual contest is jointly promoted by the Korea Culture Foundation, headed by Kim Joon-il, and the Sports Donga daily newspaper. The contest is sponsored by the Korean Ministry of Culture, Sports and Tourism, World Taekwondo (WT), the Korea Taekwondo Association (KTA), the King Sejong Foundation, and the Asia Development Foundation (ADF).

For application, each video clip should be more than 1920 X 1080 pixel (HD) with a length of 30 seconds to 2 minutes. For the application and other information on the contest, you can visit the website of the Korea Culture Foundation at www.k-cf.org or scan the QR code on the contest poster.

The successful winners will be announced on October 20 during the awarding ceremony.

In 2018, GCS International signed a four=party memorandum of understanding with WT, the International Center for Korean Culture (ICKC) and the ADF for the promotion of taekwondo and the Korean language.

The inaugural Taekwondo UCC Contest 2021 was jointly organized by the ADF and the Korean Alliance for Health, Physical Education, Recreation and Dance (KAHPERD). Starting this year, however, the taekwondo video contest was handed over to the Korea Culture Foundation. 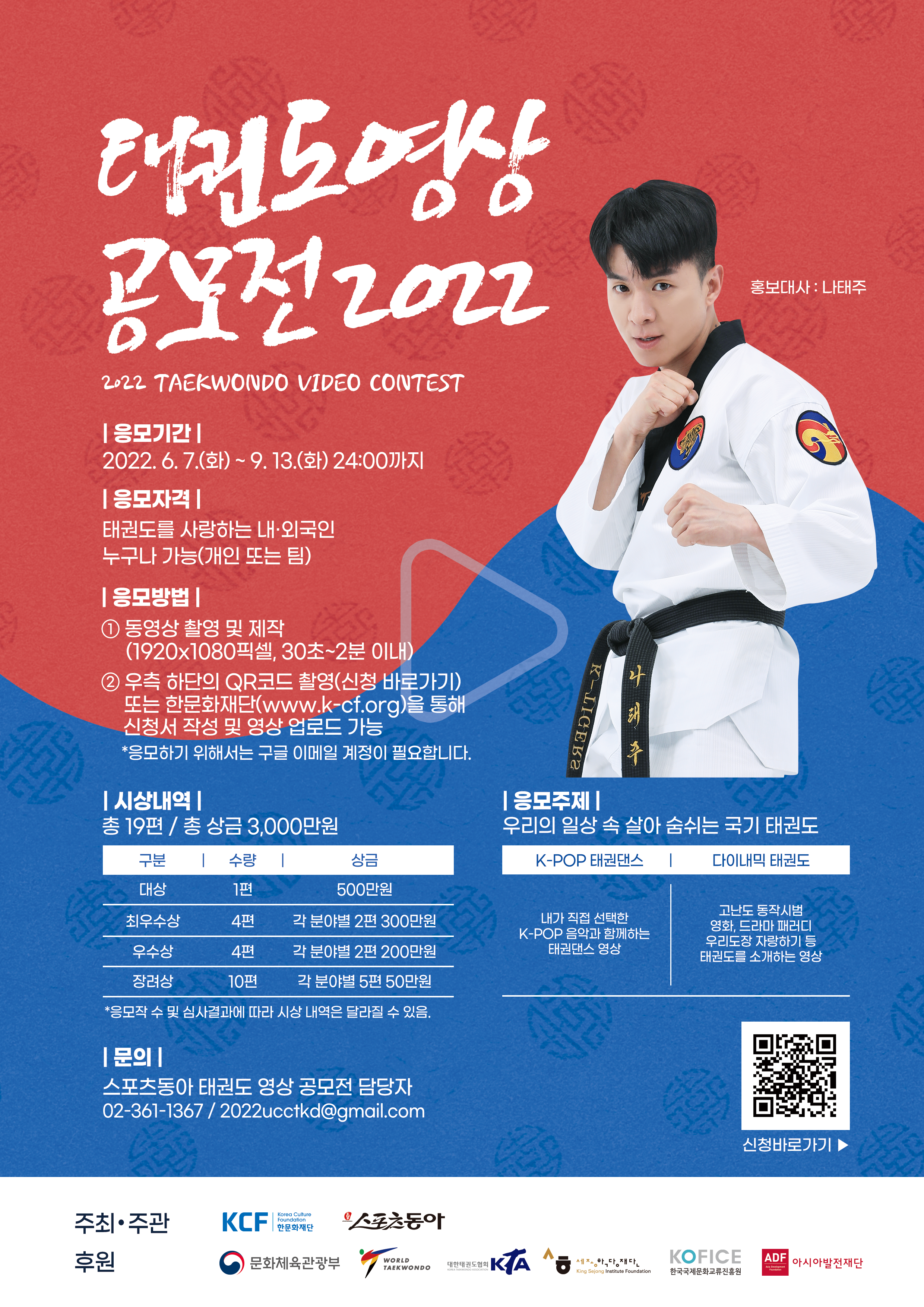 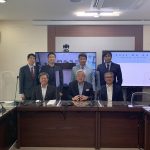 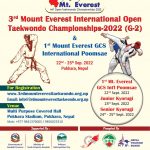