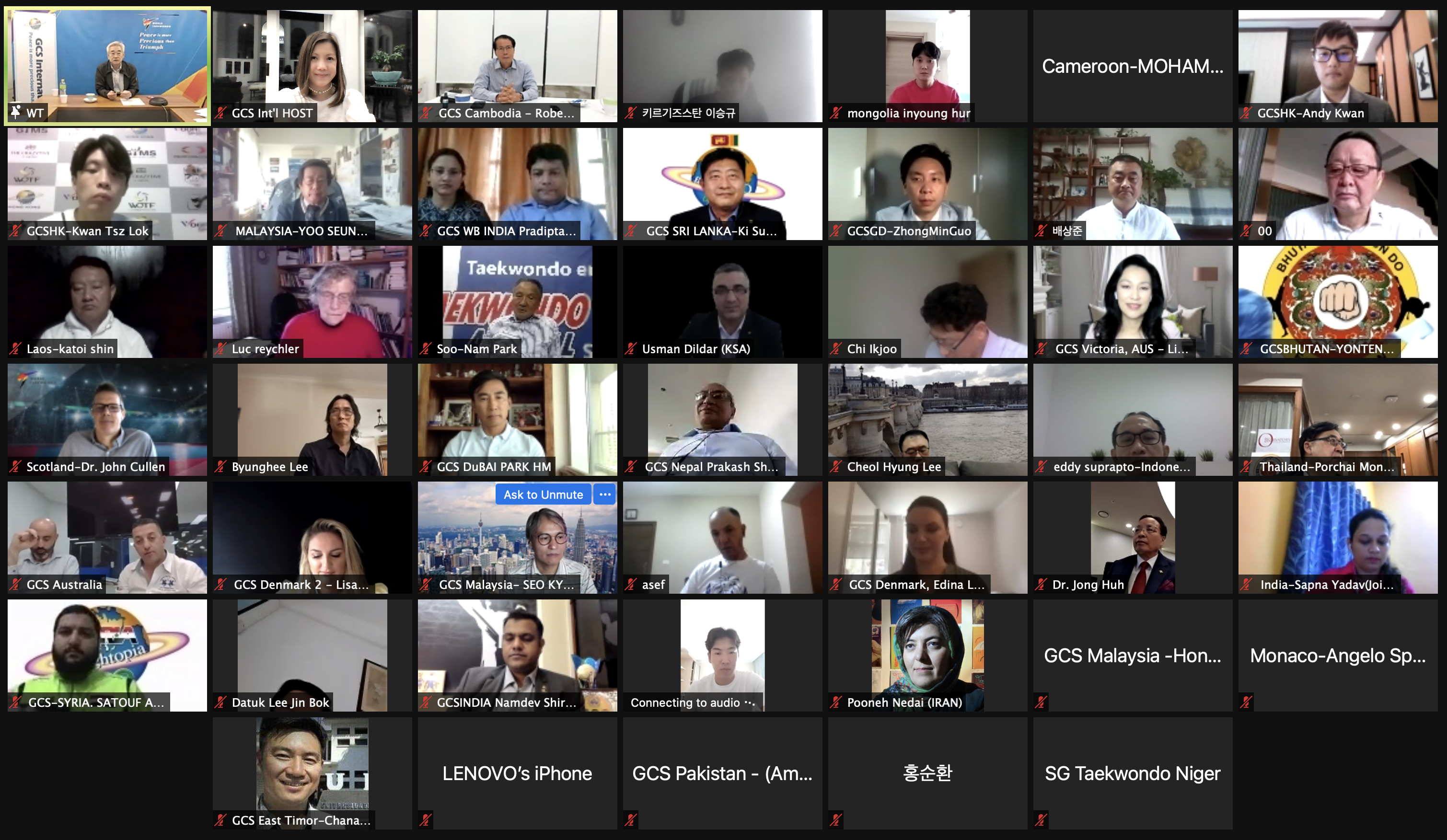 GCS International held virtual meetings with its national chapters on June 22, 2021, drawing a total of 84 representatives from 57 countries.

Each virtual meeting, which was moderated by Dr. Selma Li, president of GCS Portland and a GCS board member, lasted 1 hour and 40 minutes.

Dr. Choue said the next GCS virtual meeting will be held in early October this year, hoping more GCS member countries would attend the next meeting.
Dr. Chungson Choue said in his opening remarks, “Despite the global pandemic, I believe that the GCS Movement has been greatly promoted, mainly because of your active participation in GCS activities.”
He continued to say, “Since the pandemic began in early 2020, we have had many virtual meetings with all GCS chapter leaders. The number of GCS national chapters has almost doubled over the years and I expect it to reach 100 chapters by the end of this year. The global membership of GCS International was 44 chapters in 2019. At the end of 2020, we had 58 chapters and as of today, we have 75 chapters. We target to have at least 100 chapters this year.”

“My special appreciation goes to Mr. Andy Kwan, president of GCS Hong Kong, as he helped inaugurate GCS clubs in China, such as Guangdong. We have good numbers in Pan America and Asia but I think we should create more GCS clubs in Europe and Africa. I ask for your continued support for the membership expansion of GCS.
“Several GCS chapters, including Portland, Denmark, Hong Kong and Guangdong, are hosting virtual GCS taekwondo events, with part of the proceeds going to GCS International for supporting World Taekwondo Cares and refugee students.

“In this regard, I wish to thank Dr. Selma Li, president of GCS Portland, for initiating such fund-raising activities and your active leadership in Pan Am.
Dr. Choue said, “GCS has three major focuses: goodwill, cooperation and service-contribution. We are striving to achieve the three by promoting a healthy society, better living, preservation of the nature, restoration of human dignity, and promotion of world peace.

“Two days ago on June 20, GCS International hosted the 2021 DMZ Peace Festival together with the national daily, Kookmin Ilbo in Munsan, north of Seoul and near to the Demilitarized Zone. Even though a maximum of 100 people were allowed to join the annual event, the audiences were treated to exciting performances of the WT Demonstration Team and the GCS Global Peace Corps Taekwondo Heroes Team. I hope the next year’s DMZ Peace Festival will attract more than 10,000 people, as we saw at the 2019 edition in Paju,” he said.

“This year marks the 40th anniversary of the U.N. International Day of Peace. To commemorate the day, GCS International will host the World Taekwondo Peace Festival, together with World Taekwondo in Seoul, Korea on September 30. We had planned to organize a major event, but given the COVID 19 situation, only a limited number of guests will be invited, including foreign envoys in Korea, whose countries have won at least one medal in the taekwondo competitions at the Olympic Games,” Dr. Choue said. “The World Taekwondo Demonstration Team will also perform at the festival, followed by a concert.”

He said, “GCS International also plans to organize a small peace concert to honor the GCS Movement founder, Dr. Young Seek Choue, on November 22, 2021 at Sambongni, Namyangju City, near Seoul. As you may know, this year is the centenary of my late father’s birth. If the COVID-19 situation becomes better, we are arranging for more invitations to the peace concert.”

“As part of efforts to further broaden our GCS activities, we plan to offer a free online Korean language program for our GCS members worldwide starting this year, in partnership with King Sejong Institute Foundation. Free online Korean language courses for beginner and intermediate levels are currently offered in 9 different languages: English, Chinese, Spanish, Indonesian, Russian, Vietnamese, Japanese, Portuguese, and Thai. French and Arabic courses are scheduled to start later this year. We may invite some of the best students from this course to Korea next year as a form of reward for their dedication to improve themselves,” he said. “When taekwondo and the Korean language are combined, I think our GCS Movement will be further promoted worldwide.”

In his opening remarks, he also said that “I also wish to share some important updates with you related to World Taekwondo. GCS International had planned to organize a GCS leaders meeting in Wuxi, China in mid-October this year on the occasion of the 2021 World Taekwondo Championships. It would have been great to finally meet every one of you and thank you personally for your active contributions during the World Championships. Unfortunately, we received a request from the mayor of the Wuxi government asking for postponement of the World Championships to next year due to the ongoing pandemic. Therefore, we cannot hold the GCS Meeting in Wuxi this year. We will inform you when we have confirmation of the new dates.”

“On a positive side, I am proud to inform you that the IOC has selected three Taekwondo athletes for the Refugee Olympic Team for the Tokyo Olympic Games. With the inclusion, we have 130 athletes from 61 countries and the Refugee Olympic Team. Taekwondo is the third-most represented sport. Let’s hope that taekwondo will be the first Olympic sport with a refugee athlete standing on the victory podium.

“As you know, para taekwondo will also make its debut at the Paralympic Games in Tokyo. We have 72 athletes from 37 countries for this historic Games. World Taekwondo is also hopeful to have one refugee athlete for the Refugee Paralympic Team.

“Another wonderful news is that our WT Demonstration Team was invited to America’s Got Talent and received the golden buzzer on June 16. Their performance was so incredible that the video has almost 9 million views on YouTube in just 5 days. Incredible!

Dr. Choue concluded his remarks by saying, “With this positive energy, I wish to thank everyone for your participation in this virtual meeting.” 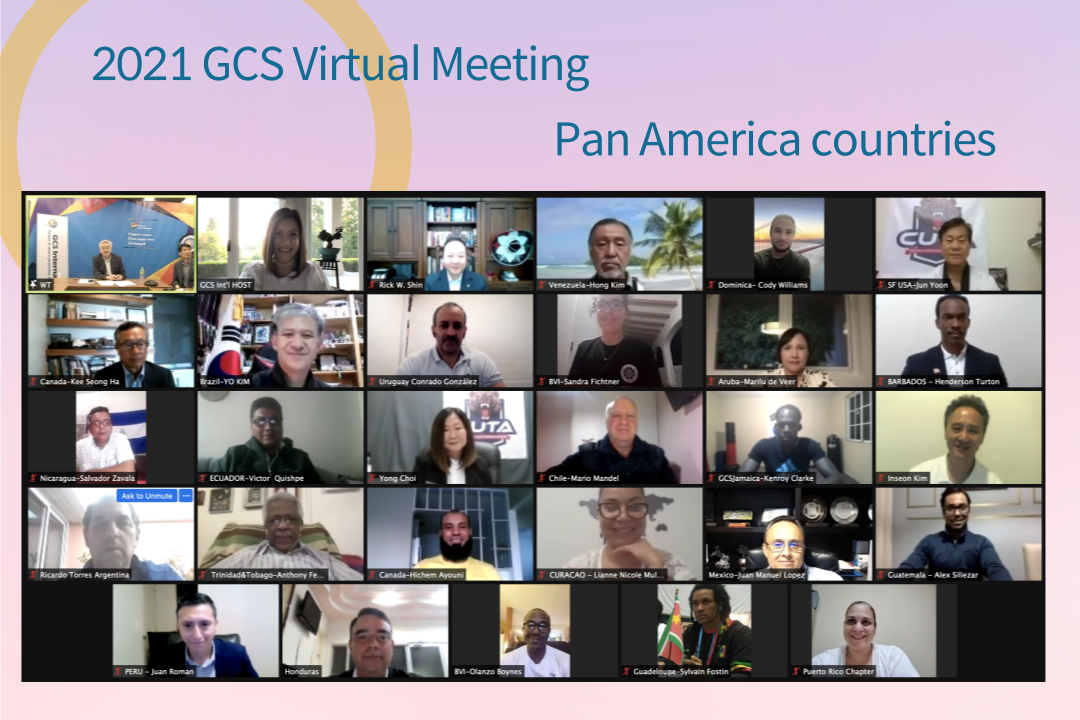 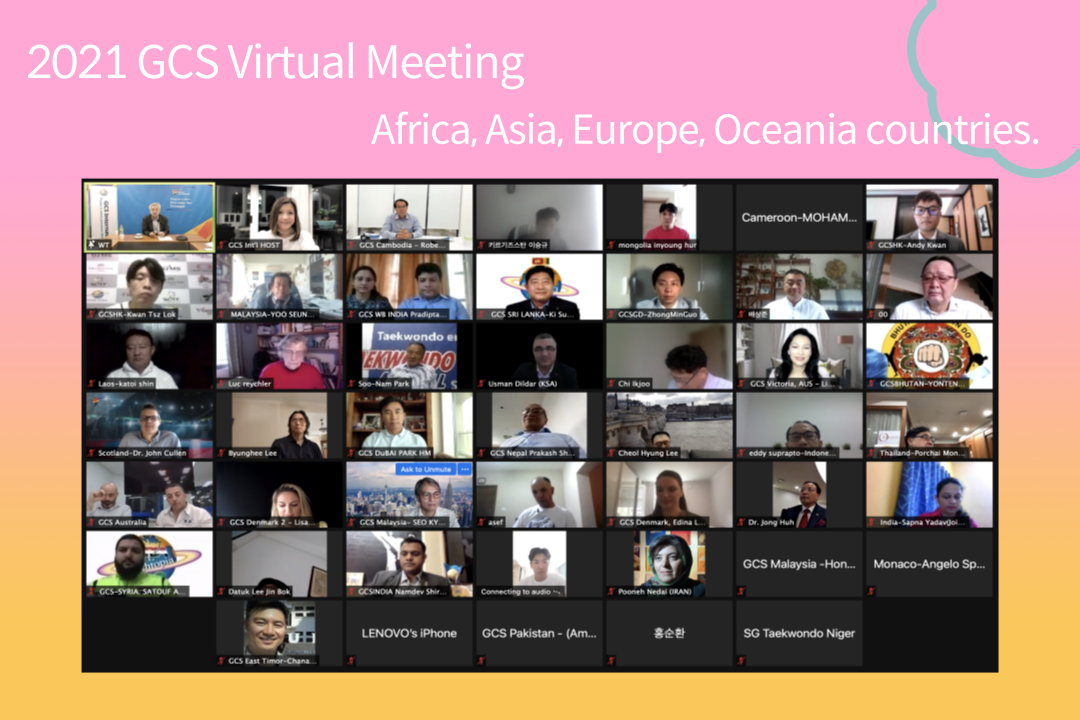 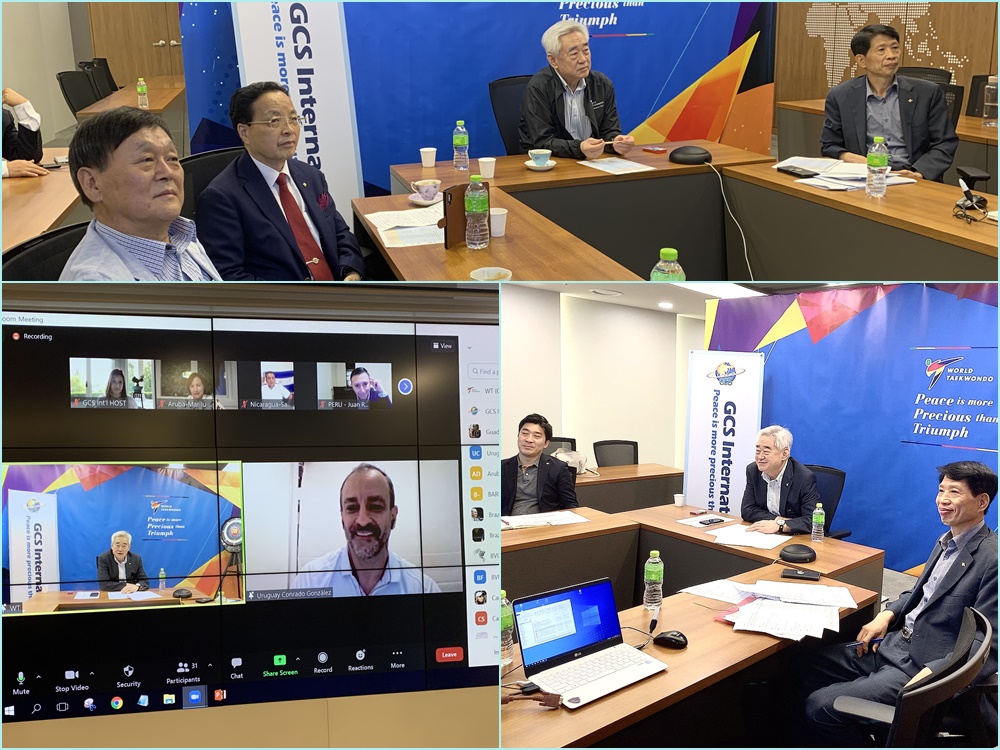 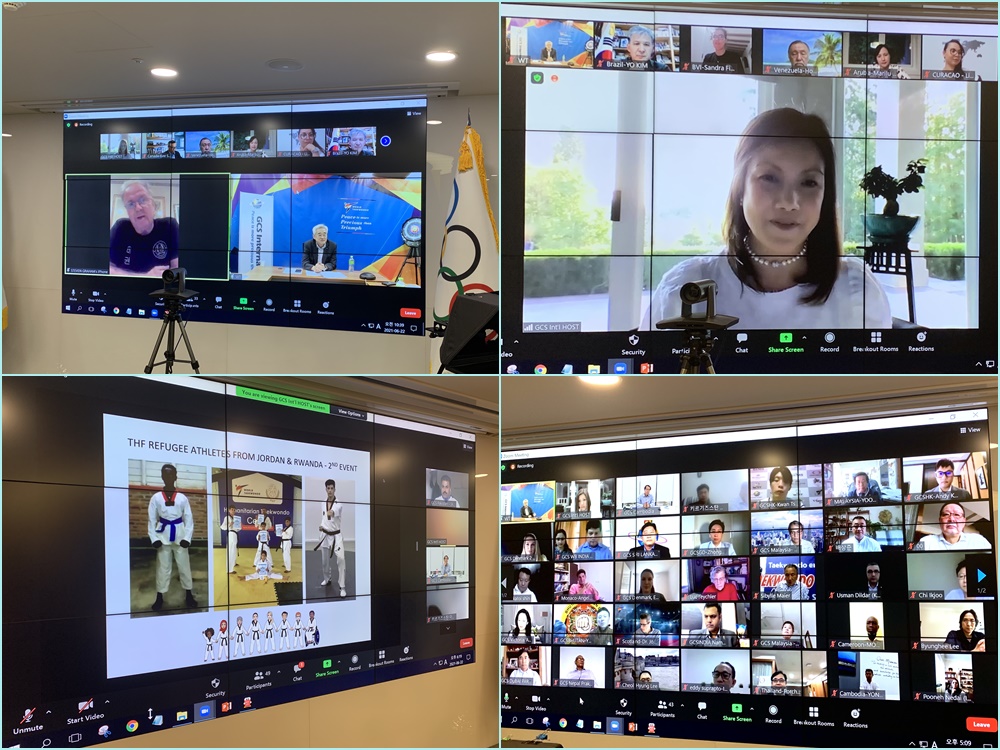 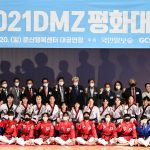 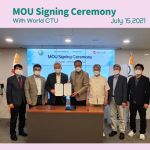