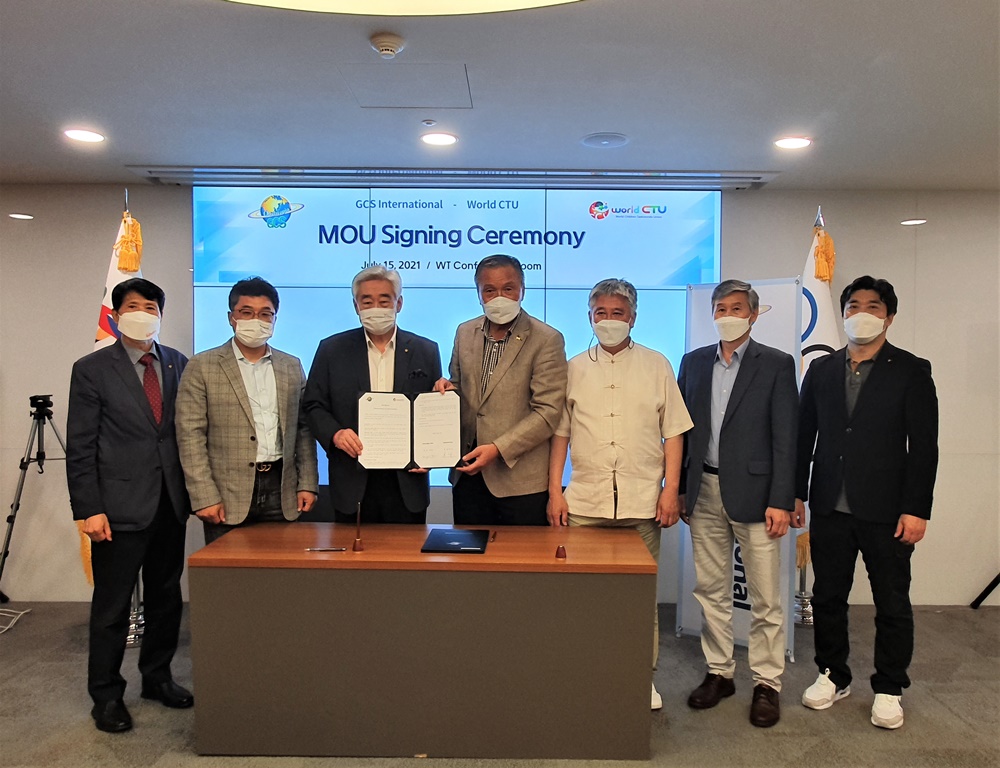 GCS International signed a cooperation agreement with the World Children Taekwondo Union (World CTU) on the promotion of word peace through the GCS movement and taekwondo at the WT headquarters in Seoul on July 15, 2021.

Under the agreement, the two organizations will cooperate to jointly organize educational, cultural, service and sporting business projects and events related to the GCS movement and taekwondo, based on mutual respect and trust.

The two sides also agreed to use proceeds from the above events to help support those in need and refugees in developing countries.

Dr. Choue said in his speech during the signing ceremony, “through this MOU signing, I wish the members of the World Children Taekwondo Union will better understand the GCS movement and the importance of world peace and service to mankind. I hope the two sides will be of much help to empower the powerless and refugees around the world.”

Dr. Park said, “I am pleased to sign a memorandum of understanding with GCS International, headed by Dr. Choue, and the World CTU will do its utmost to help promote children taekwondo and world peace.”

With a global membership of about 80 countries, GCS International was established in 1979 in Seoul, Korea by the late Dr. Choue Young Seek, the founder of Kyung Hee University and the proclaimer of the U.N. International Day of Peace. Since 2006, Dr. Chungwon Choue has served as president of GCS International.

The World Children Taekwondo Union was launched in 2010 in Germany by Dr. Park Soo-nam and has a global membership of 55 countries. 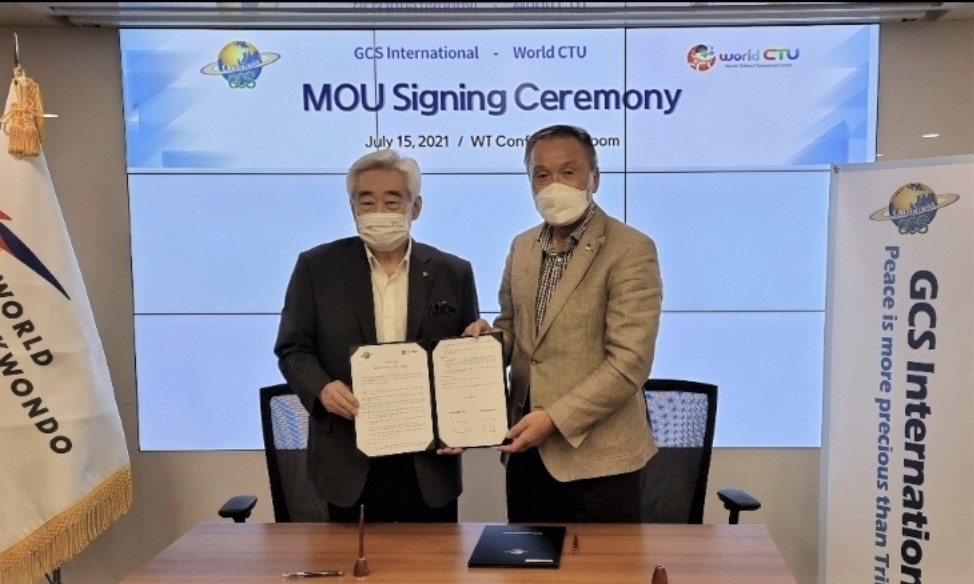 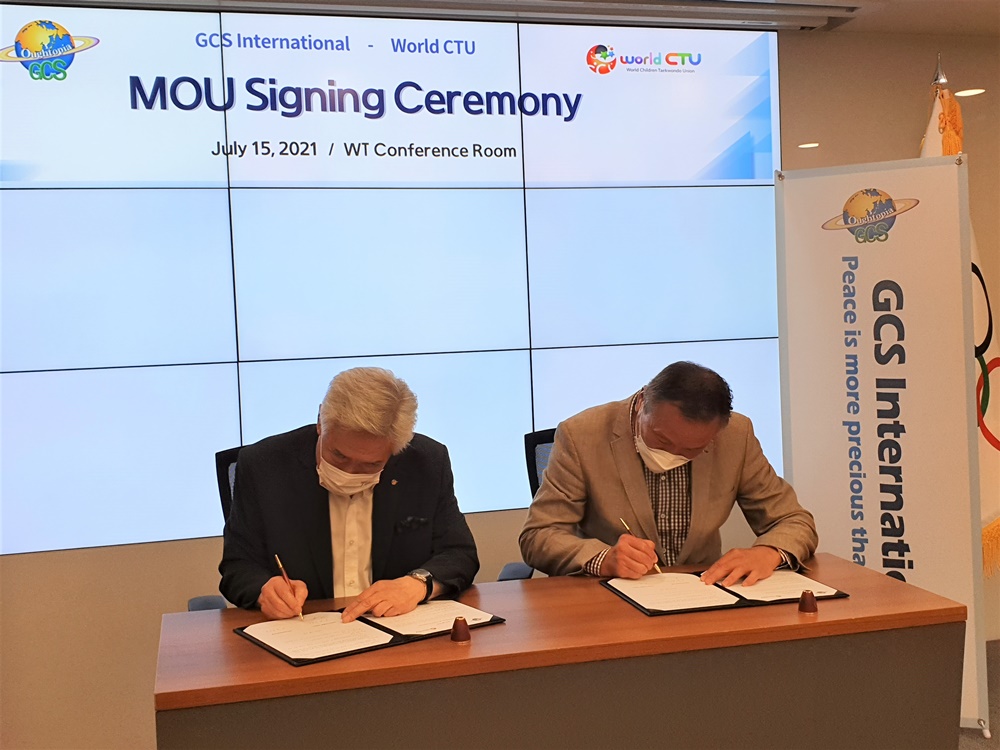 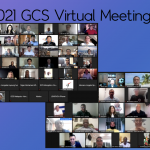 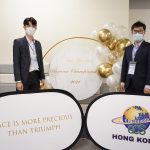