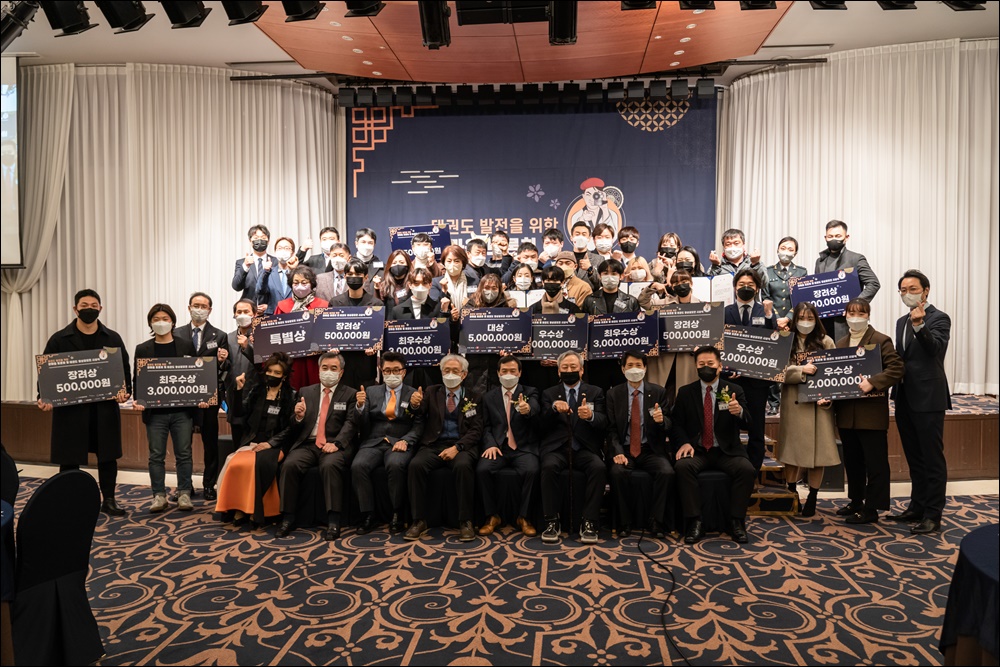 An awarding ceremony for the 2021 Taekwondo UCC Contest and a panel discussion on taekwondo development were held at Hotel Riviera in Seoul, Korea on December 3, 2021.

The event was promoted by the Asia Development Foundation (ADF) and jointly organized by the Korean Alliance for Health, Physical Education, Recreation, and Dance (KAHPERD), World Taekwondo (WT), the Kukkiwon and the Korea Taekwondo Association (KTA).

Under the theme “All for Taekwondo in Everyday Life,” the 2021 Taekwondo UCC Contest was held from October 5 to November 12, 2021, drawing a total of 305 videos from 13 countries, including France, Rwanda, Cambodia, China, Belarus, Jordan (Azraq refugee camp), Sri Lanka, Mexico and Kyrgyzstan, and Indonesia.

Each UCC (user created contents) video was required to be a 1920 X 1080 pixel with a length of 30 seconds to a maximum 2 minutes. For the application and other detailed information on the contest, applicants visited the website of the ADF at www.asiadf.org and the website of the KAHPERD at www.kahperd.or.kr.

The total prize money of the contest was 24 million won (about U.S.$20,000). French ENVOL TKD’s ‘Amateur’ was selected as the Grand Prize winner, with a prize money of 5 million won ($4,200).
‘Taekwon Hallyu,’ ‘Triple Jay’ and ‘Poom Taekwondo,’ all from Korea, were chosen as the Best Excellence Award winners, earning each 3 million won ($2,500), while ‘MIRME EXTREME TAEKWONDO,’ ‘Dobok Sori,’ and Raon’ were selected as ‘Excellence Award’ winners, grabbing 2 million won ($1,700) each. ‘Let’s Go,’ ‘Corona Breaking’ and six other videos were chosed as Encouragement Award’ recipients, bringing home 500,000 won ($420) each.

A Special Award of the ADF went to the Chiazzia people in Buton, Indonesia, in recognition of their efforts to promote taekwondo and the Korean language.
Before the awarding ceremony, there was a panel discussion on how to develop taekwondo, inviting WT President Chungwon Choue and KTA President Yang Jin-bang as panelists. Prof. Kim Do-kyun, president of the KAHPERD served as a moderator.

Kim Joon-il, chairman of the ADF, said “Through this taekwondo video contest, I wish both the Korean people and foreigners to have more interest in Korea’s national sport of taekwondo, which has grown as a global Olympic sport, and wish taekwondo will be loved and respected by the world as a martial art-Olympic sport.”
In 2018, GCS International signed a four-party MOU with WT, the International Center for Korean Culture (ICKC) and the ADF for the promotion of taekwondo and the Korean language worldwide. 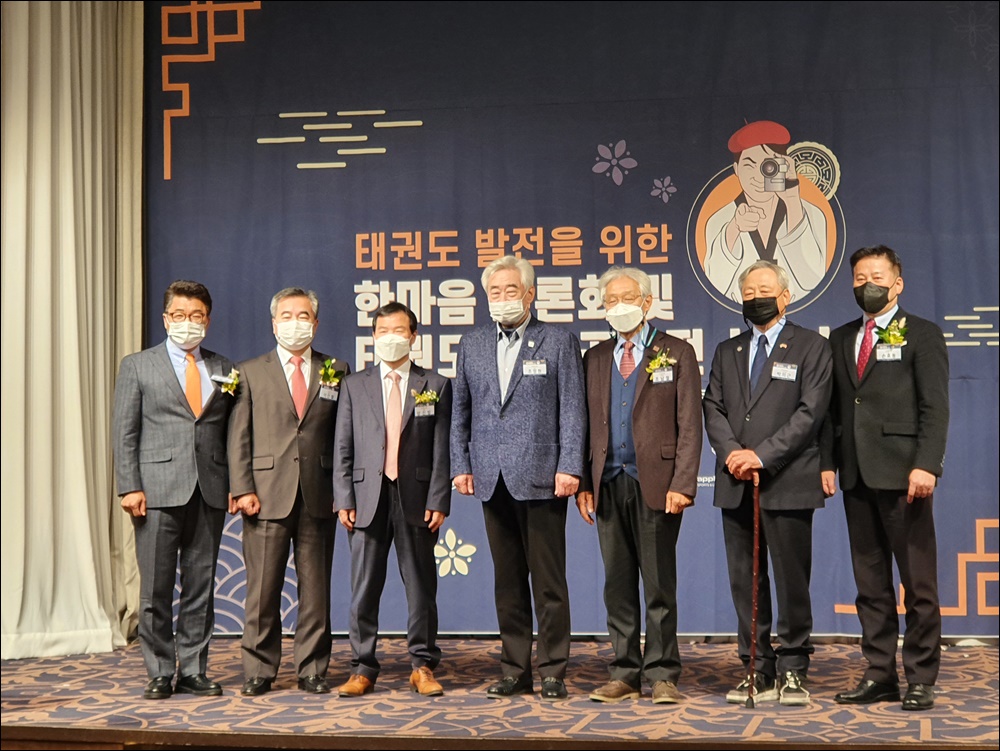 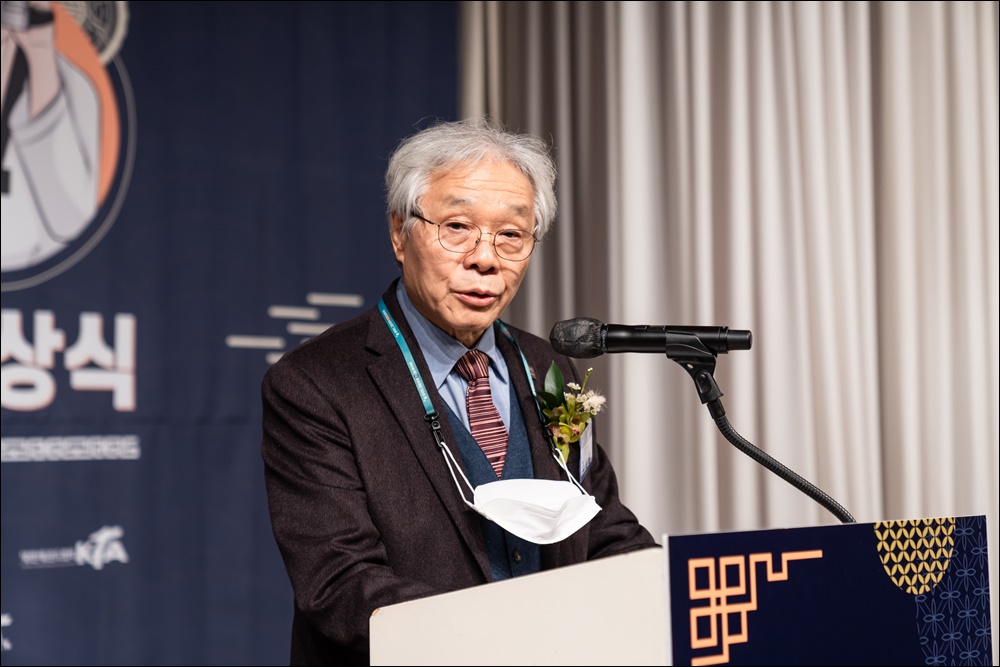 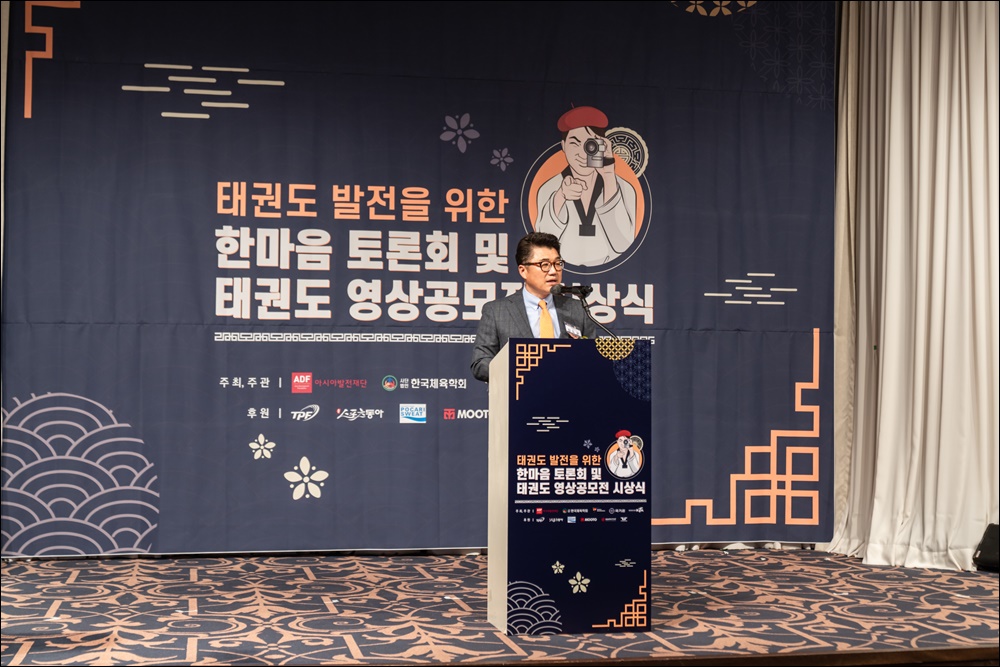 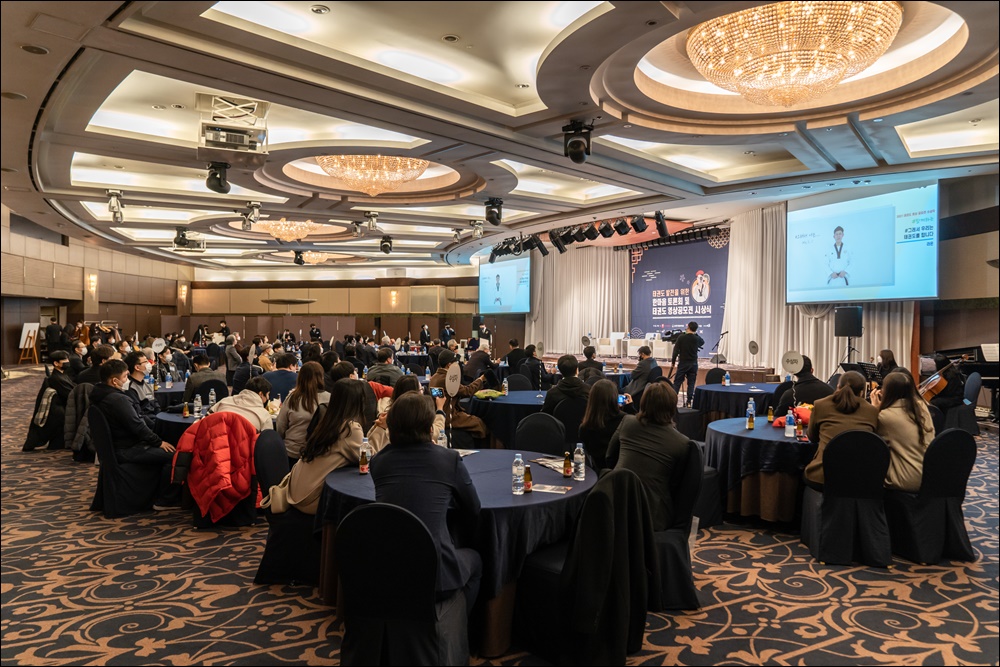 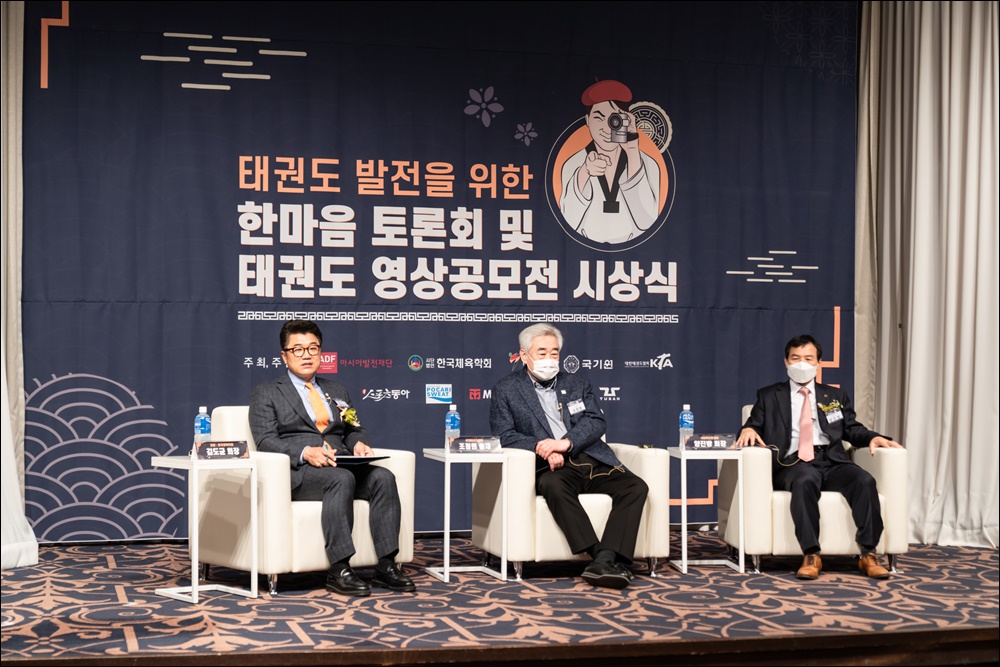 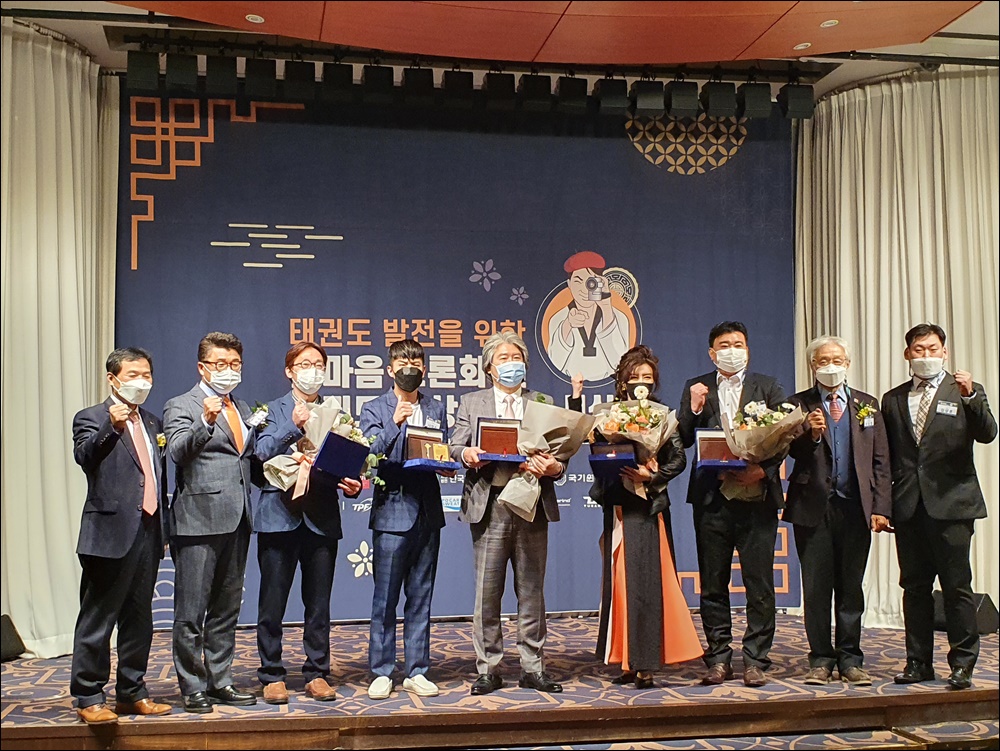 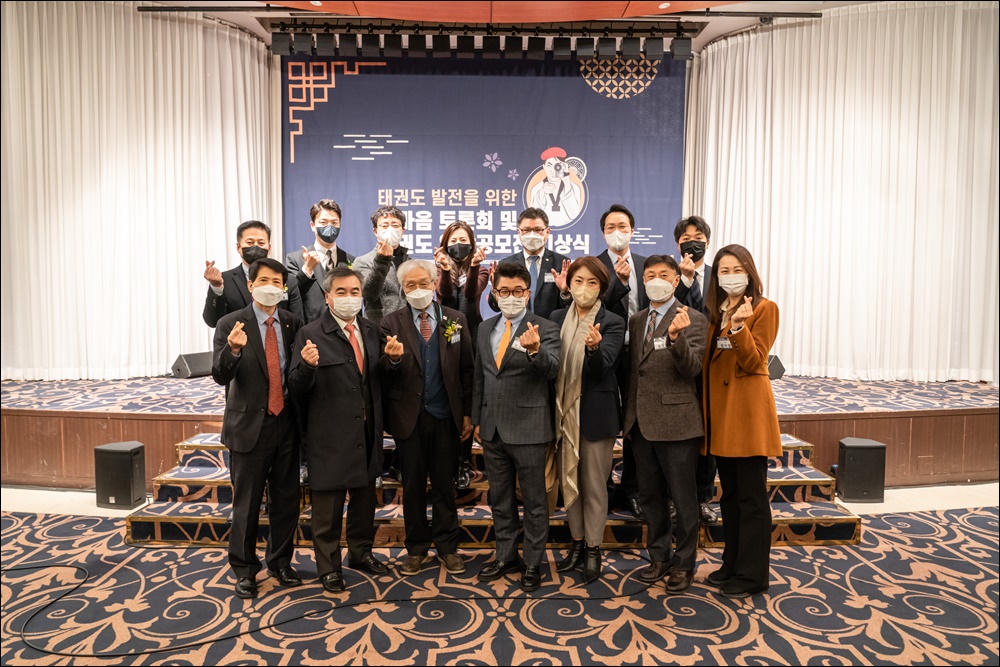 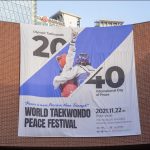 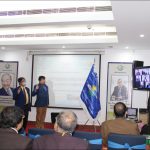